They’re both great SNOO alternatives (fyi) but they’re quite in different leagues, which I will expound in this article.

I’ve researched and included here some reviews and comments from parents of popular online groups. This can greatly help you in making a better, more informed decision between these 2 bassinets.

Let’s start first with the selling point of the Halo and Fisher Price Soothing Motions bassinet.

In a hurry? We recommend…

The Halo bassinet with its an easy-to-access-baby feature.

The Fisher Price for its affordable price and soothing features.

What is the HALO BassiNest Swivel Sleeper 3.0?

This bassinet is so far, (as of this publishing!) the only one that can swivel 360 degrees. You can spin it around in any way, making it easy to move!

The Swivel Sleeper 3.0 is also the only Halo bassinet that can be detached from the frame, turning it into a sort of portable lounger.

So you can carry your baby anywhere with you in the house, especially if you can’t figure out how to get anything done with your little one being clingy to you.

What is the Fisher-Price Soothing Motions Bassinet?

This is a very simple, straightforward bassinet that’s more affordable.

It can’t auto-soothe your baby, but it does have calming features like its swaying motion, vibrations, and sounds.

It also comes with a night light, overhead mobile, and storage area underneath, for keeping a few baby essentials.

This is best viewed on a desktop. Here’s a quick comparison guide on the features of the Halo Bassinet vs Fisher Price Soothing Motions.

Below is a more detailed info on the differences between the Fisher-Price Soothing Motions vs Halo Bassinet.

Let’s dive in a little deeper about the difference between Fisher Price Soothing Motions Bassinet vs Halo Bassinet.

Halo is unbeatable in this area and trumps Fisher Price more than anything.

Its 360° swivel feature makes it easy to reach for your baby or move them away when you need the space.

And the Halo can go right on a tall bed, which is helpful for a C-section or breastfeeding mom. It can go on a bed that is 23.5” to 30” high, with its legs tucked partially under it.

This means you can practically have your baby right beside you, on the bed and you can scoop them up without needing to get up and bend down every time!

You can’t do that with the Fisher Price.

It sits too low on the ground, making you bend all the way. Which is a common complaint among tall parents.

The Halo is heavier because of its frame. But you can detach the bassinet or cradle part and basically turn it into a portable bassinet or lounger.

This is very useful as you can even bring in your clingy baby with you while you take a shower!

But it’s not exactly travel-friendly, as the bassinet alone is still heavy and inconvenient to bring for traveling.

The Fisher Price is not collapsible nor is recommended as a portable crib.

However, some parents are okay with bringing it to their travels. They don’t mind disassembling and assembling it every time, as it’s quite easy to put together.

It’s also very light, and easy to move from one room to another.

Fisher Price trumps Halo in this area, as the former has soothing features, while the latter doesn’t have any!

Fisher Price can rock and way, and play soothing sounds with its starry projection.

This can either calm down your baby to sleep or distract them enough for you to get things done in the house.

It’s battery-operated so you might need to check and replace it at times, especially every time the bassinet’s soothing feature doesn’t work.

It also has an auto-stop feature. Its soothing motions and sounds will stop playing after 30 minutes.

Which pisses off some parents as it wakes up their baby.

So what others did was to have another white noise machine playing in the ground, just so it’s not too jarring for the baby to suddenly not feel nor hear anything.

Its starry projector can also be detached from the bassinet and used on a crib. This can help transition your baby to a crib.

It also has other cool features, like a night light, which is useful diaper changes. And a storage area underneath for some newborn essentials like diapers, wet wipes, etc.

The Fisher Price Soothing Motion bassinet is so much easier to assemble, compared to the Halo.

Even grandparents find it easy to put together the Fisher Price bassinet!

The Halo bassinet is more expensive than the Fisher-Price Soothing Motions.

Both come with a mattress and a cover.

And both have their mattresses getting some complaints from parents.

Most say the mattress is too thin, too hard and it’s too uncomfortable for their baby.

It’s recommended though by some parents to get another mattress cover or fitted sheet for the Fisher Price. As they said it can get quite sticky and can make their kids sweaty.

Both bassinets can accommodate babies between 4 to 6 months old or until they’re becoming more mobile – starting to roll or sit up on their own.

Both the Halo and Fisher Price Soothing Motion bassinet have breathable mesh walls, making it easy to check on your baby.

Both bassinets also carry the JPMA certification, guaranteeing their safety for babies.

They also have firm, flat mattresses, which are required for newborns.

But the Halo bassinet has parents getting concerned because of its occasional slight tilt. It’s worrying as it can move the baby to one side, and they might get stuck in that position.

Halo address those concerns by saying the following:

“The HALO BassiNest is different from all other traditional, stationary bassinets on the market. Because it swivels 360° and rotates, there is sometimes a slight tilt. Some people interpret this tilt as problematic, but it is well within the standards of accepted angles for these types of products. In addition, the front sidewall that lowers is slightly shorter than the back sidewall, which can create the perception of additional tilt. Rest assured that the BassiNest Swivel Sleeper meets all applicable CPSC, ASTM, and Health Canada requirements for the U.S. and Canada. It carries the JPMA (Juvenile Products Manufacturers Association) certification seal. The BassiNest has met and exceeded all regulatory testing, and we actually submit to additional testing beyond what is required for Bassinets and co-sleepers.”

Halo also recommends getting their BassiNest Newborn Insert to prevent your baby from rolling on their side.

And to adjust the bassinet’s height to the lowest setting and place the cradle in the non-swiveled out position.

That apparently helps in minimizing the slight tilt.

Both the Fisher Price and Halo bassinet can only be spot-cleaned.

If you think you won’t be satisfied with spot-cleaning, you can check out other ways on how to clean a bassinet right here.

Their mattress covers though are machine-washable.

Is the Halo bassinet worth it?

Yes, the Halo bassinet can be worth it! Especially if you’ve had a C-section or plan to breastfeed and you don’t like the idea of getting up several times a night to bend down and carry your baby.

Does the soothing motions bassinet rock?

The Fisher Price Soothing Motion bassinet can be manually rocked. When the baby moves, the bassinet also slightly rocks.

Yes, the Fisher Price Soothing Motions bassinet is portable and lightweight enough to be carried from one room to another.

It’s not being advertised as being travel-friendly but a lot of parents don’t mind bringing this with them when traveling.

As it’s quite easy to disassemble and put back together.

Can newborns sleep in a Halo bassinet?

Yes, newborns can sleep in a Halo bassinet. In any bassinet for that matter, as long as it’s sturdy, carries safety seals and certifications, and is safe.

The Halo bassinet is highly recommended for C-section and/or breastfeeding moms. As you won’t go through the hassle of bending down to get your baby from the bassinet.

You can just swivel the Halo bassinet towards you, put it right on your bed and scoop up your baby!

I hope this guide has helped you make a final decision between the Halo Bassinet vs Fisher Price Soothing Motions.

If you like this guide, check out as well the Babybjorn Cradle vs Halo Bassinest, Halo Bassinest vs Snoo, and How To Get A Newborn To Sleep In A Bassinet. 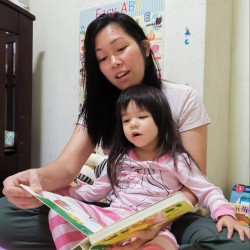